CS: GO matches work in a very simple way. Teams are always divided into “defenders” and “attackers”. However, these roles are constantly changing, even within the same round. Let’s say the terrorists first attack to plant a bomb, and then they protect it from defusing attempts. For counter-terrorists, accordingly, the order is reversed. It would seem a simple concept, but it contains a lot of subtleties and models of player behavior. In such wilds it is no wonder to get confused. A few tips from this article and from https://csgo.net/ will help you avoid this and understand the basics of defensive strategy.

The main thing to remember at all times when in defense is not to disclose to your opponent your location and, if possible, your style of play. You will have to defend against attacks at least 15 rounds. During this time, the opponent will have time to figure out the most actively used tactics and figure out the enemy position. So adapt, change techniques and move from point to point. The unconventional approach will catch the enemy off guard. Keeping angles at gunpoint is still a classic, but if you change it a little and the assault can drown.

This rule is often neglected for some unknown reason. Standing in position does not at all mean the need to portray a statue, meekly waiting for demolition with a grenade. It makes much more sense to retreat and regroup. This is especially true for “counter terrorists”, since the exchange of fighters “1 to 1” is not profitable for them. As a terrorist, try to kill at least two. This will give your team a numerical advantage.

In addition, the longer you live, the more time you will gain when it comes to a bomb. It should explode, so unnerve the enemy with shots from around the corner, and do not run under the sight of a sniper. However, the retreat is valuable for both teams. It gives a tactical advantage – life. It will be useful for you to implement one of the basic defense techniques.

The classic CS: ​​GO scheme: stand in a secluded place and, holding a weapon at an angle, wait for the victim. There are plenty of nooks and crannies in the game and they provide many interesting possibilities. It is not necessary to prop up the wall with a shotgun at the ready. You can do this with a friend across the street. Crossfire is harmful to health. Remember only that long-term corner protection is impossible without a proven rear and flanks. Constantly being distracted in several directions, you risk getting a bullet, and not sending it to the enemy. Choose places where concentration on one point will be prohibitive.

Many people call this tactic a scam, which does not negate its effectiveness. The strategy is to sit quietly in one of the gateways. When you see the enemy, open fire and kill as many as you can. For terrorists defending a bomb, this method is not very useful, but counter terrorists are ideal. Just do not use the same angles – they will remember, find and kill.

The best defense is offense

The lightning attack is also good for defense. Instead of obediently waiting for grenades in the face, you can go on reconnaissance behind the lines of the attackers in order to shoot them and collect information for teammates. In the event of an enemy rush, you do not need to run to the aid of your fellow party members. Try to flank or ambush your opponent.

Of course, the choice of style of defense depends on personal preference. But always keep an eye on your opponent and change your behavior depending on his actions. You can also find helpful tips at https://csgo.net/faq. 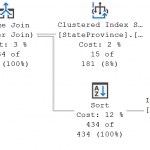 Get the Last Actual Plan With sys.dm_exec_query_plan_stats 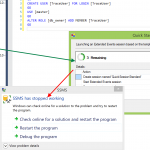 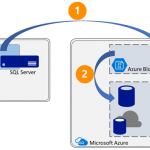 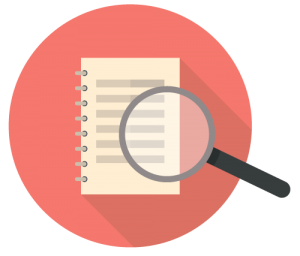